I know you’ve heard it.  Whether it was at work or at a playdate, or even at school drop off.  People everywhere are talking about how difficult motherhood is.

It’s become remarkably cool to complain about kids and the work it takes to raise them. While I think it’s amazing that people vent and have an outlet, I think the “me toos” that are heard throughout the world begin to resound in some really loud negativity.

When the crowd around you is struggling and starting to revolt, you realize that no one wants to hear, “This is awesome!” It also makes it very difficult for someone like me to admit that they love motherhood.

Listen, I’m not saying I don’t ever have days that totally stink. We all have them. I’ve thought about running away. I’ve also cried my eyes out at how hard motherhood can be. I second guess decisions and am grateful for new days.

But yet, I still love it.

Yes, even when it stinks.

Because let’s face it, there’s nothing that can make a grown woman feel like more of a failure in life than motherhood. But that doesn’t mean you are a failure. Feelings are not reality. 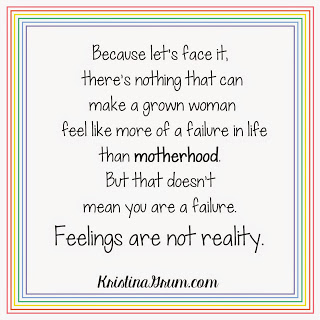 Motherhood is a tricky thing. It’s supposed to bring joy and happiness but often those moments come disguised between dirty diapers & temper tantrums. We feel like we should be pumped up when some days we’re barely holding on. We question everything we’ve ever known to be true and doubt our relationships.

My road to happiness was not an easy one. It was laden with multiple post partum mood disorders. Our oldest daughter cried so much during her first 6 months of life that I still cringe when I hear a newborn cry.

But that journey?  Those moments of utter despair? They allow me to own where I am now. Loving motherhood.

I think it’s time we all own what we’re good at and over time we can work on fixing the rest.  There’s always time for the rest.  Except for laundry.  No one has time for that. 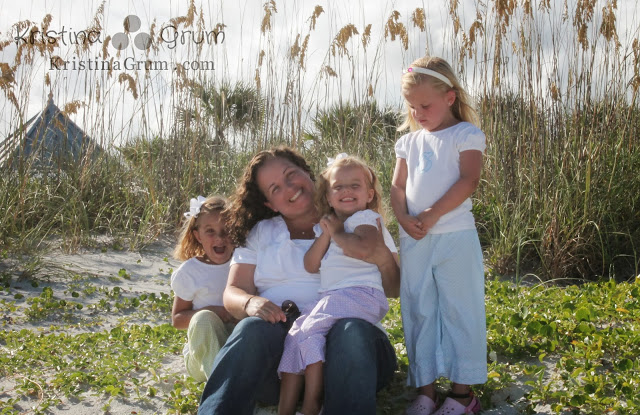 xoxo
–k
Kristina Grum is a Certified Parent Educator who has over a decade of experience working with children, including being a classroom teacher. She currently teaches parenting classes in her local area and writes about shifting parenthood from barely surviving to thriving. 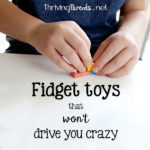